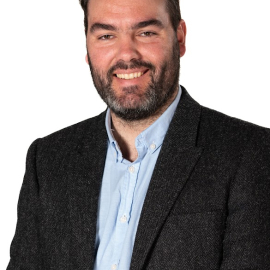 Are you interested in Graduate Research?  Explore some of the PhD Study Opportunities at UNSW Canberra.  We offer a diverse range of Scholarships Opportunities to domestic and international students to suit you and your situation.

Scholarships of $35,000 (AUD) are available for PhD applicants who achieved H1 (High Distinction) in their undergraduate program and/or have completed a Masters by Research.

I studied at the University of Wollongong and completed Bachelor of Marine Science Advanced Honours (Class 1) followed by a PhD under the supervision of Professor Colin Woodroffe.

I arrived at UNSW Canberra at the beginning of 2018 as a Lecturer and was promoted to Senior Lecturer in 2022.

I am a coastal geographer interested in all aspects of coastal science from the late Quaternary to present-day processes. I have conducted research in many coastal locations around Australia and have a special interest in sandy coastal plains which preserve past shoreline behaviour, past coastal processes and palaeoclimatic signatures.