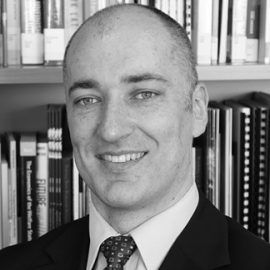 Professor Rodney Scott is a Visiting Fellow and Adjunct Professor in the School of Business at UNSW, Canberra.

His substantive role is as the Chief Policy Advisor for New Zealand’s Public Service Commission, where he leads advice on the design and direction of New Zealand’s public services. He has previously worked at senior and executives levels; in management and advisory roles; in the public, private, and not-for-profit sectors; in Australia and New Zealand. Rodney is also the chief science advisor for the Public Service Commission, with overall leadership responsibility for science and research, and serves on the government chief science advisor forum. Rodney is a board member of the Institute of Public Administration of New Zealand, chair of the Victoria University of Wellington School of Government Trust, and an adjunct fellow of the Australia and New Zealand School of Government where he has served on the research committee and editorial board.

Rodney has completed several research fellowships while on sabbatical from his substantive role at the Public Service Commission. He is a 2022 affiliated researcher the Cambridge University's Bennett Institute of Public Policy, and was previously a 2018 Fellow In Practice at Oxford University’s Blavatnik School of Government, and a 2017 Innovations Fellow at Harvard University’s Kennedy School of Government. He has lectured in graduate programmes and executive training across four continents. Rodney completed PhD studies in system dynamics and public management at the University of Queensland, including the dissertation “Group model building and mental model change” which was awarded “best doctoral thesis” by the Australia and New Zealand Academy of Management. He is widely published in system dynamics, operations research, group decision, public policy, and public administration. His current research interests include interagency collaboration, governance, performance management, institutional memory, social identity, public service motivation, and public service ethics. Rodney particularly welcomes contact from Australian researchers looking to understand New Zealand public management in a comparative context.