THE CONVERSATION: Need to renew your passport? The weird history of Australian passports explains how they got so expensive 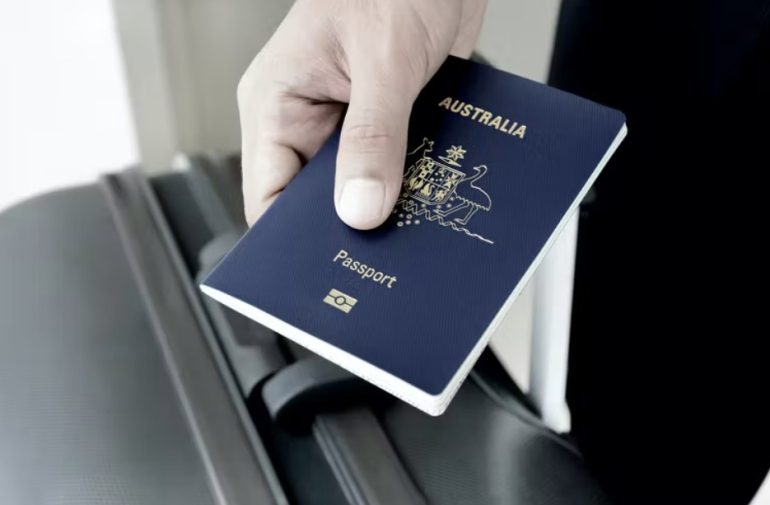 Australian passports are among the most expensive in the world. Photo: Shutterstock

Now borders are open, Australians are applying for and renewing passports in droves. Wait times have doubled.

The cost of the Australian biometric passport and the rigour involved in obtaining one can be traced to Australia’s participation in an international passport system that evolved over the past century.

The passport has an ancient lineage and is mentioned in the Bible.

Deriving from the French words passer and port, it allows the bearer to transit a port or to enter or leave a territory. It is essentially a document asking a foreign ruler to let the bearer pass through his or her country unhindered.

But passports were generally not necessary to move across borders in the 19th century.

They were certainly not required to move within the British Empire. In Australia, the passport’s first appearance was as a document – known as a “ticket of leave” – allowing paroled convicts to move internally within colonies. 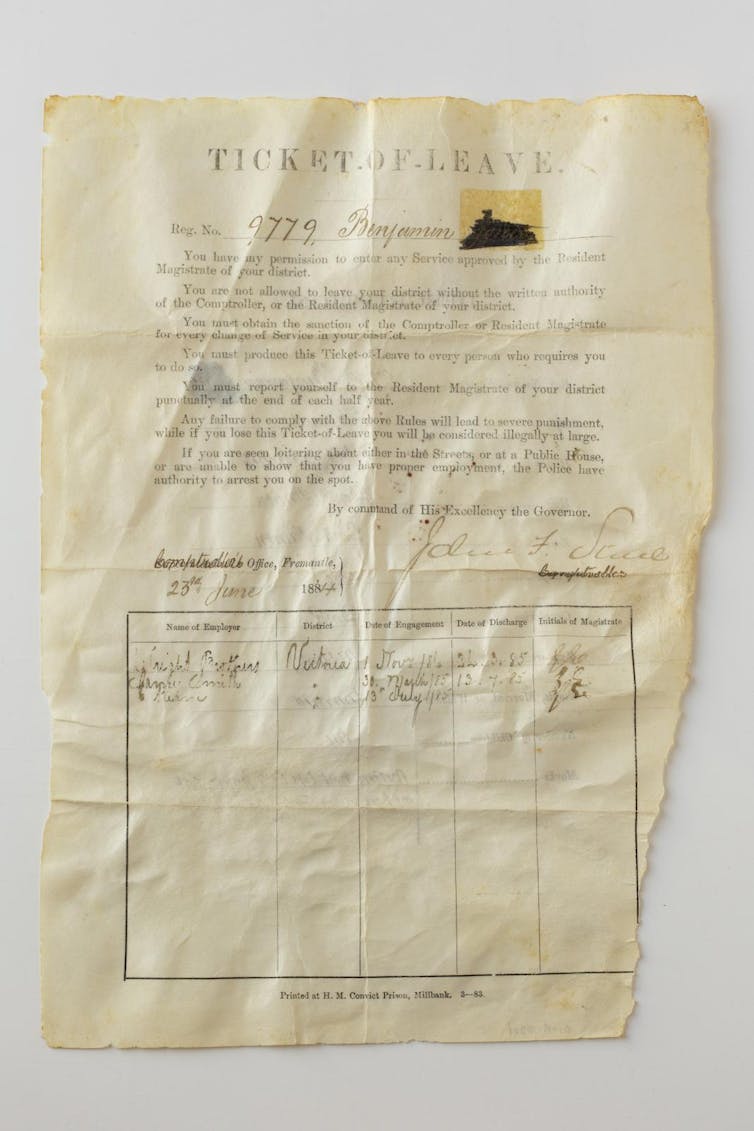 A ‘ticket of leave’ passport issued to an Australian convict in the 1800s. Collections WA

In the late 19th and early 20th centuries, the colonies (later the states) and the federal government issued passports to the relatively few Australians who travelled overseas and might need one to enter a non-British country.

The outbreak of the first world war made it crucial to monitor who was entering and leaving the country.

The Australian government, led by Billy Hughes, wanted to introduce conscription for overseas service. Making a passport compulsory for Australian travellers gave the government a tool to ensure men of age could not evade military service by heading overseas. 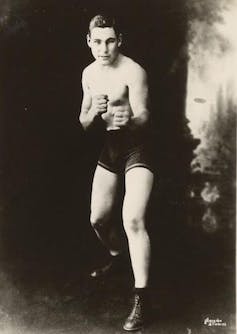 Boxer Les Darcy was vilified by some for not enlisting in the first world war and was denied a passport to go to the US to fight for the official world title. National Library of Australia

During the war, passport application interviews for Australian men became tantamount to an interrogation. One man certain he would be denied a passport was champion middleweight boxer Les Darcy. To evade conscription and travel to America to earn money for his family, he stowed away on a ship and entered the United States without a passport.

The passport system established in the first world war continued as a permanent system under the auspices of the League of Nations.

Australia gave its passport a legislative basis with the Passport Act 1920, which was revised in 1938 and again in 2005.

The passport system after the second world war

This “British” passport signified the bearer was a British subject who had available to him or her the diplomatic and consular network of the United Kingdom government.

After the second world war, the Chifley Labor government secured passage of the Nationality and Citizenship Act, which created the category of Australian citizen for the first time.

From 1948, passports attested to the bearer’s identity and that he or she was an Australian citizen (or British subject until the 1980s).

Australian citizens who requested a passport – by now a prerequisite for international travel – usually got one. Foreign countries would not admit you without one.

But there was no absolute right to an Australian passport. Australian law, as in most other countries, gave the government the right not to issue or to cancel passports in certain circumstances. 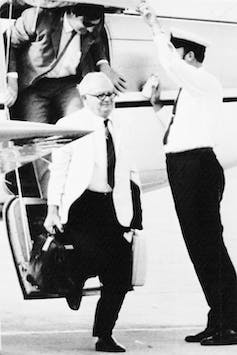 In the Cold War, many communists were denied passports. A celebrated instance was the communist war correspondent, Wilfred Burchett.

Burchett’s support for China and North Korea during the Korean War led some to accuse him of treason. The Australian government refused him a passport and he was forced to travel with a special class of travel document issued by the Cambodian and North Vietnamese governments (the laissez-passer).

The document was so large Burchett bound it in Moroccan leather. Despite not having a passport, the Australian government could not stop Burchett entering Australia. He eventually chartered a plane from Noumea, New Caledonia, to Brisbane and entered the country that way.

The growth of international air travel saw Australian passport issues soar by the late 1980s. By 2019-20 the Australian government was issuing 1,745,340 passports – over 7,000 each business day.

With increasing travel came problems of identity. In the 1970s and 1980s, drug traffickers exploited the Australian passport system to get passports issued under aliases. One drug lord, Terrence John Clark, was arrested in 1978 holding passports under five different names.

In 1983, the Stewart Royal Commission into Drug Trafficking made sweeping recommendations for the passport system to curtail the drug trade.

The Fraser government did not accept Stewart’s recommendation for a national system based on fingerprinting to verify identity. But it accepted other recommendations.

From the 1980s onward, it was no longer acceptable for travel agents to procure passports for travellers. It became mandatory for applicants to attend an interview at post offices. Photocopied birth certificates and citizenship documents could not be used in an application.

Australia was at the forefront of this change. Since 2005, the Australian government has stored a digitised photograph of an applicant’s face in a national database and on a computer chip embedded in the passport.

These added security measures make the Australian passport costly to produce; it is now among the most expensive in the world.