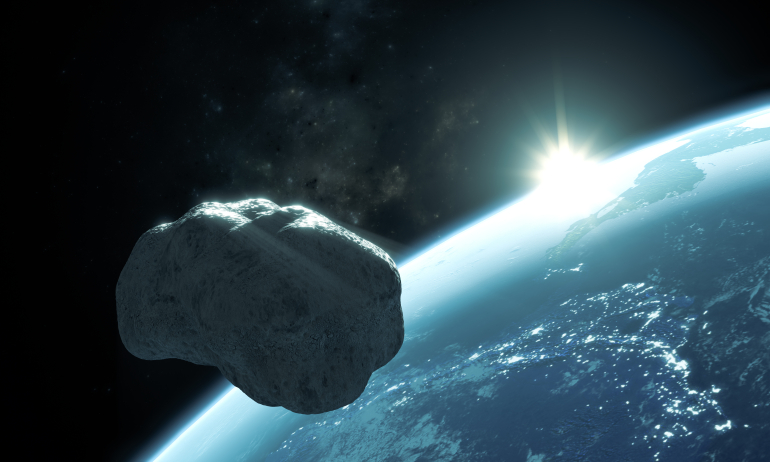 NASA’s Near-Earth Object Observation Program painstakingly documents all asteroid sightings that could pose a potential threat to our planet. However, geographical constraints mean that somewhere between two and seven per cent of asteroids are not detected.

“We could create a capability here in Australia – because of our unique geographic location – to plug that gap and to provide a service to NASA and the global community,” Professor Kruzins said.

“There is a group called the International Asteroid Warning Network, which is a part of the United Nations, and I've been very keen for Australia to become a part of that.” 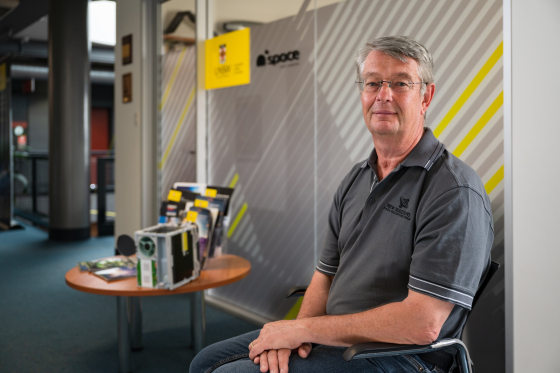 During Professor Kruzins’s time at the CDSCC, the team discovered that the 70-metre antenna at Tidbinbilla could be used to illuminate asteroids via radio waves and collect valuable data. UNSW Canberra Space worked with the CDSCC team to analyse the signals and contribute to the NASA catalogue.

Coupled with the University’s telescopes – one located at the ADFA campus and another in Yass – Professor Kruzins said Canberra was well placed to assist in the vital task of asteroid sighting.

However, they are attributed to instances of mass extinction, most famously wiping out three-quarters of life on the Earth, including the dinosaurs, 66 million years ago. That asteroid was believed to be about 10 to 15 kilometres wide.

In 2013, a much smaller asteroid – the Chelyabinsk meteor, measuring about 20 metres – injured almost 1500 people and damaged 7200 buildings in Cherbakyl, Russia.

In 1908, a 50 to 60-metre meteoroid exploded over a sparsely populated area in Tungaska, Siberia, flattening an estimated 80 million trees over an area of 2,150 square kilometres.

The Tungaska event is the largest impact event on Earth in modern history, but larger asteroids do exist, and their impact could be devastating.

“UNSW’s work is therefore looking to understand the orbital knowledge and science of asteroids detected from the Southern Hemisphere and to determine potentially hazardous asteroids,” Professor Kruzins said.

NASA is already investigated how asteroids might be deflected if they appear to be too close for comfort.

The recently launched Double Asteroid Redirection Test (DART) aims to test how firing a kinetic object at an asteroid could deflect its course.

It’s not just asteroids that Australia could play a role in tracking. Professor Kruzins said the same technology could also be applied to human-made objects, such as satellites and space junk, potentially locating or deconflicting rogue space missions.

Object detection is a rich area of study and one in which UNSW is already well placed  through its Space Situation Awareness Research Program to assist Australia to make a meaningful contribution.

“This is our chance to play on the world stage to do something quite significant and add to the knowledge in this area,” Professor Kruzins said.