Can a country or a business claim ownership of the moon, meteorites or even space? 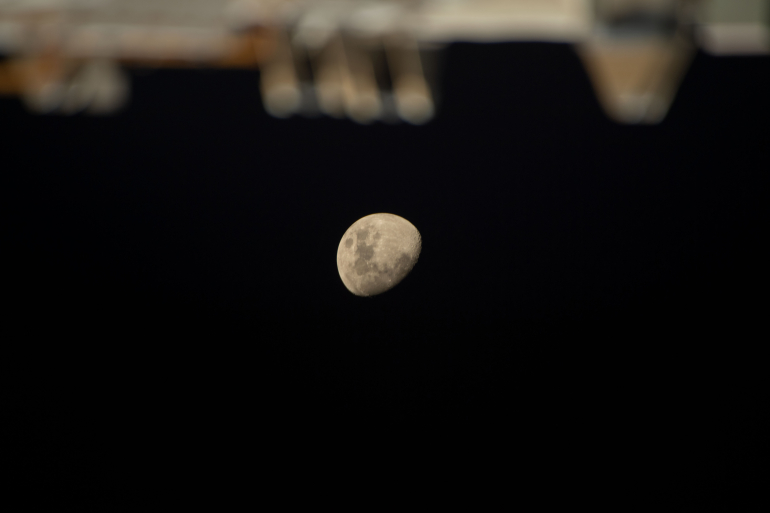 Space may be vast, but does anyone own it? Source: NASA

Broadly speaking, no one owns space. However, this becomes more complex when you start to look at the particulars.

Space is governed by the Outer Space Treaty, which outlines in Article II that “outer space, including the moon and other celestial bodies, is not subject to national appropriation by claim of sovereignty, by means of use or occupation, or by any other means.”

This means that no nation can claim ownership over any part of space. Space – its use and exploration – is therefore “the province of all mankind”.

What becomes more complex are the legal rights when it comes to the contents in space according to UNSW Canberra space law expert Duncan Blake.

“For example, you may have a right to occupy a certain orbital slot – that is, to place and keep your satellite in that orbital slot. Also, a nation that registers its space object has the right to exercise jurisdiction and exclusive control over that space object. That could include a Moon station,” Duncan said.

“However, no one can claim ownership of the terra firma on which the Moon station sits.”

So, if you cannot claim ownership to the land of a celestial body, what would happen if asteroid mining became readily accessible – who would be the rightful owners of those resources?

What if space material landed in your backyard? Can you keep it?

While nations supposedly cannot lay claim to resources in space, there are less constrictions determining who could keep space material if it landed on earth.

In July 2022, space debris belonging to SpaceX landed in a farmer’s backyard in the NSW Snowy Mountains. In this instance, space junk must be repatriated to the country from where it originated. 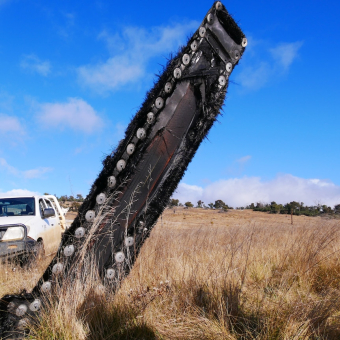 So, what would happen if a meteorite – and the potentially valuable minerals in it – landed in your backyard?

“Presuming that you own your backyard (as opposed to renting, for example), then yes, you would own the meteorite,” Duncan Blake said.

“Many jurisdictions allow fossicking on public land (not the ACT), which may involve finding meteorites, but don’t allow collection of the meteorites from public land,” he said.

Furthermore, meteorites are classified as ‘protected objects’ under the Protection of Movable Cultural Heritage Act 1986 and may not be exported without a permit or certificate.

Therefore, if you did successfully find space material on your land, you would get to keep it – if it didn’t already belong to someone else.

Is mining in space a ‘lawless land’?

Mining in space has the potential to uncover a wealth of riches by providing access to various resources such as precious metals, metal composites and rare earth metals. According to NASA estimates, the value of asteroids that could be exploited for resources could be worth up to $700 quintillion.

With so much value to be extrapolated from space, it seems like our future may be fuelled among the stars. However, the law behind asteroid mining is still inadequate according to Duncan Blake.

Under the Outer Space Treaty, space is for everyone, and this is customarily accepted across international law. No one may lay claim to resources in situ in space.

But does that mean resources can’t be extracted or mined in outer space, and if so, who owns the extracted resources?

A subsequent treaty, the Moon Agreement, was negotiated in part to address the future issue of asteroid mining.

The Moon Agreement obliges States Party “to establish an international regime, including appropriate procedures, to govern the exploitation of the natural resources of the Moon [and other celestial bodies] as such exploitation is about to become feasible.”

According to Duncan Blake, the Moon Agreement has not crystallised into customary international law. While the agreement acknowledges that law will be required to govern resource ownership in space, it suggests that this will only be required when space mining is possible.

“Arguably, that is now! No such international regime exists, nor has any proposal been seriously considered at the international level,” Duncan said.

Ownership in space: Is it onwards and upwards from here?

NASA has already awarded several companies contracts to collect space resources from the moon, which will play a key role in the Artemis program and future space exploration.

With mining in space at the tip of our fingertips and a lack of governance over resource ownership, will we see extraction of space resources boom in the future?

“It is difficult to imagine that exploitation of resources on the Moon will proceed without some level of dispute arising,” Duncan Blake said.

“Those who support private ownership of extracted resources point out that the utilisation of space resources can only benefit humankind if there is some certainty on the issue of ownership. Without proprietary rights over extracted material, no enterprise, whether public or private, could justify the enormous costs and risks associated with realising those benefits.

“Those who oppose this position point out that private ownership of resources on Earth has not necessarily served our planet well, and that other models of governance over resources can provide the basis for realising benefits for humankind,” he said.

While space resource ownership remains ungoverned, perhaps this ‘lawless land’ will allow space exploration and potential asteroid mining to advance, rather than be hindered by governance.

“I am apprehensive that the extension of unmitigated private property principles to space resources will concurrently extend problems of degradation and inequality, as experienced on Earth, to outer space, and ultimately lead to disputes and possibly conflict.”