Ask an Expert: Can institutions influence our ethics? 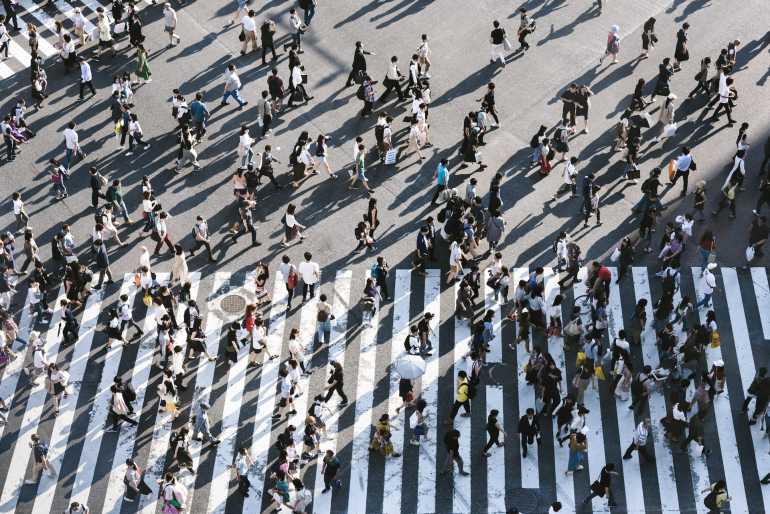 Institutions – that is traditions, religion, your workplace and more – can impact what you believe is right or wrong. UNSW Canberra expert Nina Williams explains how institutions can shape and influence who we are as humans.

Institutions can largely be regarded as established organisations or informal practices that shape society and standardise modes of behaviour.

How can institutions shape who we are?

Institutions are widely considered to shape how societies behave due to the socio-cultural norms or formal regulations they create. We can also think about how institutions shape humans at a more individual level. For example, when asked to introduce ourselves to a new person or group, it is common to do so through the institutions we are a part of, such as our employment or nationality. We also consciously and unconsciously behave according to social expectations and norms set-up by institutions; for instance the institution of the family has historically created gendered norms around, for instance, the division of labour and care.

All of this implies that how we understand ourselves as humans in the world is very much an outcome of the institutions that inform how we act, think and live.

What does ethics have to do with institutions?

I’d suggest that ethical issues are often central to how institutions regulate society. This is because institutions produce values that guide how we discern between, and make decisions about, the good and the bad, the normal and the abnormal. These values normalize particular types of social behaviour and exclude all forms of behaviours and practices that don’t fit the idealized type.

Ethics is important for thinking about institutions because we need to think critically about how and why certain behaviours are endorsed and others excluded, often with quite violent effects.

Do different institutions have varying impacts on our ethics?

Institutions will of course have varying and also potentially competing impacts on our ethics.

At the same time, it is important to recognise how society is not simply passive in its relationship to institutions. Institutions do indeed constitute a form control over human society. Yet at the same time individuals also negotiate and avoid institutional demands.

For example, the worldwide protests that took place in 1968 – including Civil Rights movements in the USA, protests against the military dictatorship in Brazil, or the May ‘68 student protests in France – or more recently the #MeToo movement, directly targeted and exposed the forms of domination and oppression against minority groups by institutions and reflects the disenchantment of diverse populations with various forms of institutional governance at global and national levels.

Is there an example of an organisation that has adversely impacted the ethics of those that worked for it or lived within it?

Unfortunately, we hear in the news quite often about examples of organisations that suffer from an ‘institutional culture’ where issues such as sexism, harassment and racism become normalised – whether that be in politics, finance, policing, tech, or anything else. One recent and highly publicised example involved the Australian parliament where examples of misogyny, bullying, sexism and sexual assault were uncovered to be common and largely accepted as part of that particular institution. These are directly issues of institutions guiding the collective and mutual shaping of values, behaviours, assumptions, and norms with adverse effects. I would suggest it is highly pertinent to critically analyse how such institutional cultures take hold so positive changes can be implemented successfully.

An inspirational figure for such a task is the feminist, queer and race studies scholar, Sara Ahmed, who has explored how power inequalities are maintained but also challenged within institutional cultures. Speaking on extensive research as well as her own experience working in the institution of the university, she exposes some the multifarious and surreptitious ways in which hetero-normative, patriarchal, and white codes and norms become maintained as the standard of institutional life in the university.

Can the organisation you work in ultimately influence your ethics?

I’d say certainly. For example, we could think about the recently popularised phrase ‘Quiet Quitting’ which is about pushing back against how normalised it has become for employees to work beyond their contractual agreements. This comes down to questions of ethics: why is it that a value has been placed in many parts of the world on working overtime, on presenteeism, on employee rivalry and competition? How is it that such practices became established as normatively good modes of behaviour within an organization?

At the same time however, I think it is important to understand this as an ongoing process. Ethics is often assumed to be a fixed and universal set of rules and principles that allow us to build a framework for deciding what is right and wrong. This implies that there are a set of fixed moral realities in the world.

What is particularly interesting about studying ethics through the lens of institutions is that it makes apparent that ethics is too messy to be captured in this way, and that transformations in institutions throughout histories and geographies are always changing the ethical values that societies live according to.

To delve deeper into how institutions and ethics can be applied to your workplace or day-to-day life, UNSW Canberra offers a distance-taught Masters course called “Institutional Subjectivity and Ethics”. The course combines approaches to institutions with real-world case studies.