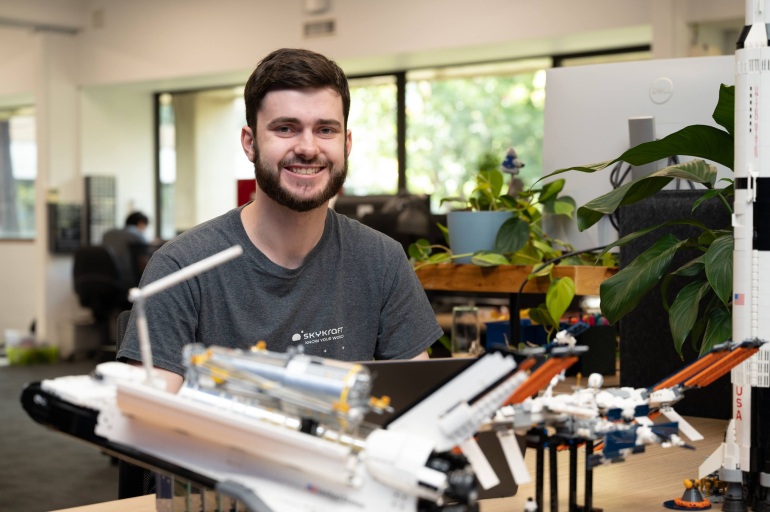 When we first met Andrew Gibbs, he was a third-year electrical engineering student who had just founded the UNSW Canberra Rocket Team – they were engineering a rocket that would soar three kilometres into the sky.

Just three years later, he is a fully qualified electrical engineer working on satellites that will soon orbit the Earth.

Working for UNSW Canberra spinoff company Skykraft, he is part of the team responsible for designing, integrating and testing satellite electrical subsystems.

“My design work has a particular focus on the radio frequency (RF) subsystems, such as transmitters, receivers and antennas,” Andrew said. 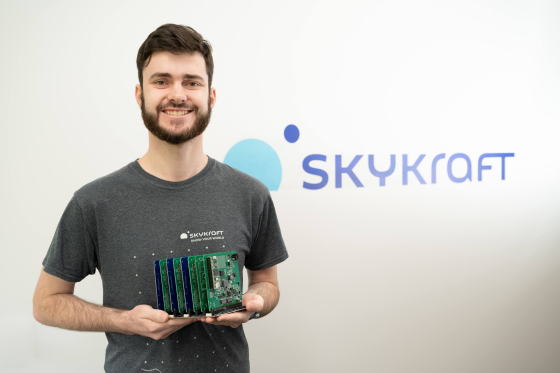 Andrew has always been interested in space, particularly the Apollo missions. It was one of the main reasons he decided to pursue a career in engineering.

“I chose the electrical discipline so I could work on the avionics that control and operate spacecraft,” he said.

UNSW Canberra proved to be the perfect place to nurture Andrew’s goal of working in the sector. Many of his lecturers had first-hand experience in UNSW Canberra Space, which much of the course content drew from.

“This helped me build my understanding of the industry and I went on to complete two research projects in second and third year that had direct applications to satellites,” he said.

He also pursued his interest in space outside of the classroom.

“I started the UNSW Canberra Rocket Team, which was a valuable way for myself and my peers to apply some of the concepts studied during our courses,” Andrew said.

“Launching model rockets from a paddock in Yass once a month was great fun! I was also involved in organising a youth aerospace conference at UNSW Canberra in 2018, which remains an all-time highlight of my time at uni.”

During a third-year research project, Andrew was asked by his supervisors, one of Skykraft’s founders, to do some casual work for the company.

“I continued working there throughout my fourth year and went straight into full time work upon graduation. I started doing software-based signal processing which naturally flowed into hardware RF design and testing when I started full time.” 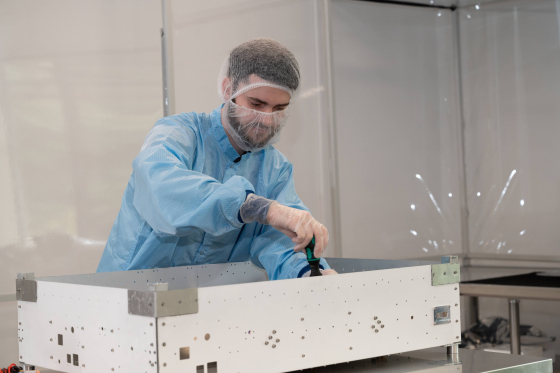 Andrew Gibbs working one of the satellites that Skykraft will launch later this year.

The Australian space sector is growing rapidly, and to those hoping to get involved, Andrew recommends developing the engineering skills that are highly sought after by employers.

“Hands-on skills and experience are invaluable, so develop those by building things that involve at least mechanical and electrical assembly, regardless of your discipline,” he said.

“I particularly recommend working on 3D printers and microcontroller projects, though anything that builds your fine motor skills and intuition will make a big difference in building a spacecraft.

“It is also useful to familiarise yourself with mechanical and electrical computer-aided design (CAD) programs.”

The company is currently developing an air traffic management constellation of more than 200 satellites that will provide continuous coverage for aircraft at all altitudes and locations. The first satellite is set to launch with SpaceX in later this year.