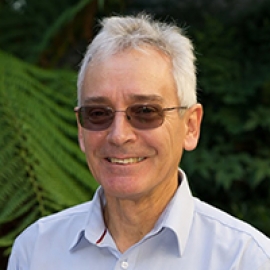 John Dryzek is Australian Research Council Laureate Fellow and Centenary Professor in the Centre for Deliberative Democracy and Global Governance at the Institute for Governance and Policy Analysis, University of Canberra, and and a Professorial Visiting Fellow at UNSW Canberra. He is a Fellow of the Academy of Social Sciences in Australia, former Head of the Departments of Political Science at the Universities of Oregon and Melbourne and of the Social and Political Theory Program at ANU, and former editor of the Australian Journal of Political Science. One of the instigators of the 'deliberative turn' in democratic theory, he has five books on democratic theory and practice. His work in environmental politics ranges from green political philosophy to environmental discourses and movements to climate governance, and he has five more books in this area. His current research emphasizes global justice, governance in the Anthropocene (an emerging epoch of instability in the Earth system), and cultural variety in deliberative practice.