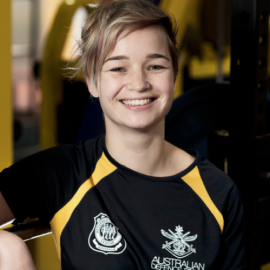 I have struggled with chronic pain, depression and anxiety since suffering a career ending injury while I was in the Australian Army in 2009. I was medically discharged because of my injury and felt that I had lost my identity. In 2017 I competed in the Invictus Games in Toronto and watched hundreds of injured and ill competitors fight to find themselves again. In a place where everyone was treated as equal and given the same opportunities to participate, we were all able to achieve things we never thought possible. Since competing in 2017 I have continued to engage in the veteran sport community as a volunteer to help spread the stories of our injured defence force personnel and show the world what they still have to offer.

Part of the Facing Equality Series