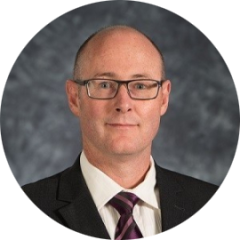 Craig Stockings a Professor of History and the Head of School, School of Humanities and Social Sciences, UNSW Canberra. He is concurrently Official Historian of Australian Operations in Iraq and Afghanistan, and Australian Peacekeeping Operations in East Timor. His areas of academic interest concern general and Australian military history and operational analysis. He has published a history of the army cadet movement in Australia entitled The Torch and the Sword (2007), and a study of the First Libyan Campaign in North Africa 1940-41: Bardia: Myth, Reality and the Heirs of Anzac (2009). He has also edited Zombie Myths of Australian Military History (2010) and Anzac’s Dirty Dozen: 12 Myths of Australian Military History (2012). In 2013 he co-authored an in depth study of the Greek campaign - Swastika over the Acropolis: re-interpreting the Nazi Invasion of Greece in World War II; and co-edited Before the Anzac Dawn: A Military History of Australia to 1915. One of his more recent books, published by CUP in 2015 is an investigation of turn of the century imperial defence entitled: Britannia’s Shield: Lieutenant-General Sir Edward Hutton and Late Victorian Imperial Defence. Another is: Letters from the Veldt: the imperial advance to Pretoria through the eyes of Edward Hutton and his brigade of colonials (2020). His current research project is Volume One of the Official History of Australian Operations in Iraq and Afghanistan, and Australian Peacekeeping Operations in East Timor, concerned with the INTERFET deployment to East Timor in last 1999 / early 2000. This volume will appear in late 2022.

Professor Stockings continues to supervise a number of research students, at an MPhil, Masters and PhD level, researching a range of Australian and international military and defence-related historical subjects.